Last weekend, the Home Room kids had an educational trip at the MMDA Children’s Road Safety Park in Quirino Ave., Manila in line with their “Things That Go” topic. It was aimed to teach the kids about the signs they see on the road and basic road safety. I tried to google about the park prior to the field trip but all I saw were news releases about the opening of this park. I also tried to find it in google maps but it didn’t register. All I got was that it is in front of Manila Zoo and the address is Quirino Ave. cor Adriatico Street in Manila.

We came from Roxas Blvd. since the kids went on a Manila Bay cruise first before the MMDA park. So armed with the address and the knowledge that it is in front of Manila Zoo, we drove on. When we crossed Quirino Ave. and Adriatico, we saw the park. Since there was no entrance for parking along Quirino Ave. we circled around once and then when we reached the front of the Manila Zoo entrance we realized that there really is no parking area for the MMDA Children’s Park. So we parked at the Manila Zoo parking area then crossed Adriatico Street to go in the MMDA Children’s Road Safety Park.

This is the map going to the park. For some reason it registers as “Paraiso ng Batang Maynila” (I think this is what the place used to be called before the renovation)

It really is just a small park filled with different road signs meant to teach kids. Although I was surprised of its size, the kids still had a great time playing around the park. It offered them lots of things and corners to discover. When we arrived, the children had an initial look around the park while the mommies prepared lunch. After lunch, the MMDA staff started the official tour with the children. 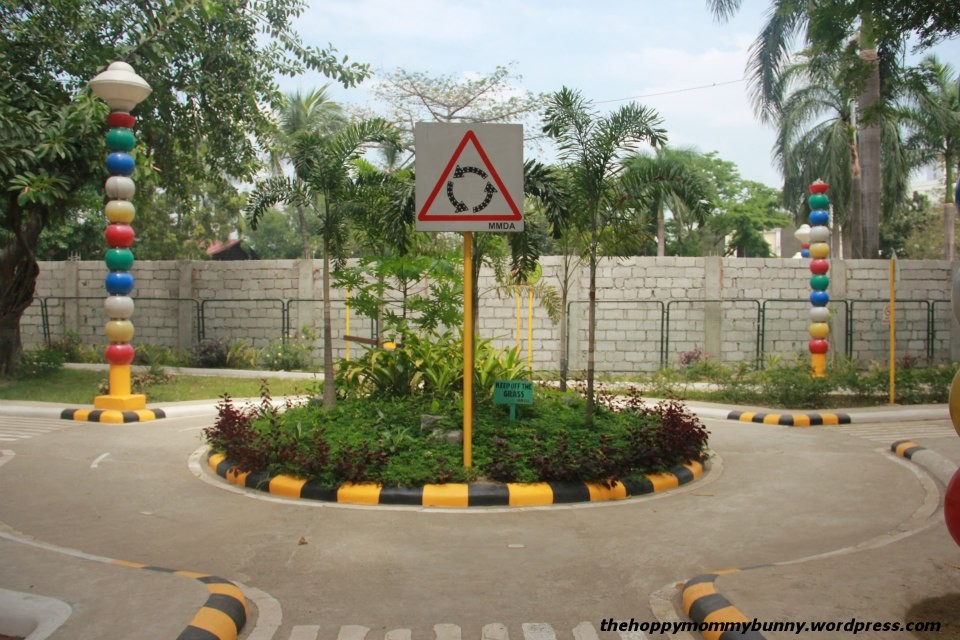 A roundabout: perfect for practicing your driving skills

They showed them the mini-footbridge, waiting sheds, traffic lights, bike lanes, gasoline stations and mini pedestrian tunnel among others. I think though that because these are really small children (2-4 years old), the staff didn’t explain the road signs that much. They just sort of had a stroll with the children. 😛

Entrance to the mini tunnel

Playing at the Gas Station

In fairness to the MMDA staff, the park is well-maintained. The only downside I saw is that there’s a Bike Lane all around the park but they don’t have bikes for rent. I saw some old bikes in their shed and thought these were for rent but the staff mentioned that these are owned by some of the maintenance people. There were small go-karts and mini-bikes for children but most are not working properly. We think that because these are offered for free, they are not maintained well. It would be good if they have working bikes and mini-cars available even for a small amount of rent. At least the families that visit the place will also have other things to do aside from walking around the park.

All in all, it was nice to experience this park and I commend the MMDA for creating something that is both fun and educational for kids. As Yui said, it was the best. day. ever. 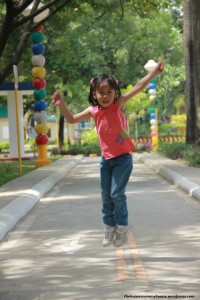