When Yui was still a baby, I had a small notebook that I kept as a “Yui journal” where I write short letters to her. I figured it will be fun for her to read the journal when she grows up. And surely, she did! Few years back, when I found that first notebook while cleaning up, I gave it to her and she loved reading the letters. She even made them her bedtime stories and reads the letters before going to sleep.

Here’s the first entry that I had when she was just five months old: 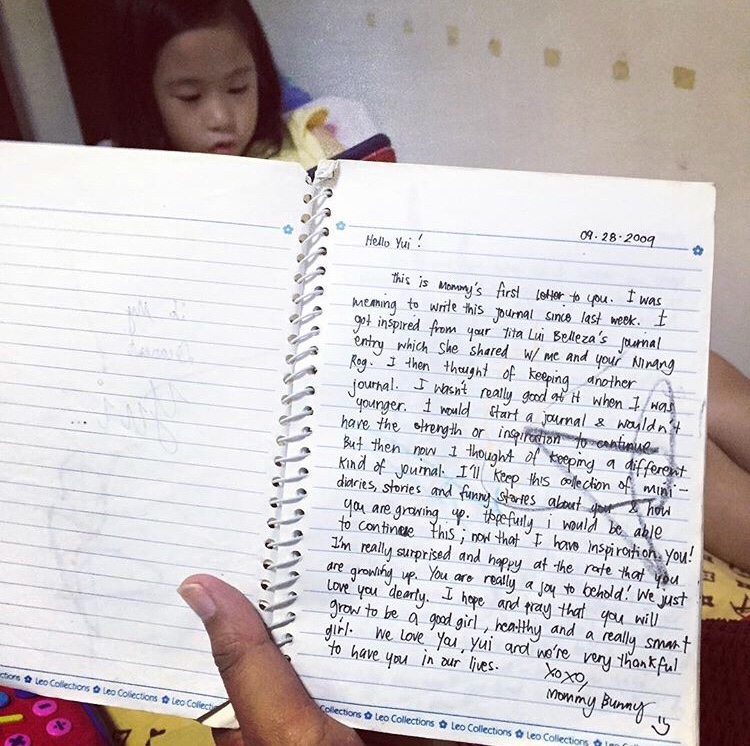 END_OF_DOCUMENT_TOKEN_TO_BE_REPLACED

As the saying goes, “Every child is an artist.” If we observe our children, all of them doodles and draws as soon as they learn how to use a pencil or a crayon. Even with a lot of notebooks, sketch pads and loose paper, children would sometimes draw and paint on walls, tables or anything that resembles a canvass. As parents, we would want to encourage our little ones to express themselves through various medium of art.

One of the bonding moments of daddy and Yui is to paint. Apart from enhancing her drawing and painting skills, it is also a way for them to have some quality time. Normally, Yui would start and paint whatever she feels at the moment, then daddy would do the finishing touches. Here are some of the paintings that they have completed so far. Sharing it here for us to be able to look back to in the future and also because I’m amazed at how much she’s better than me at painting LOL! 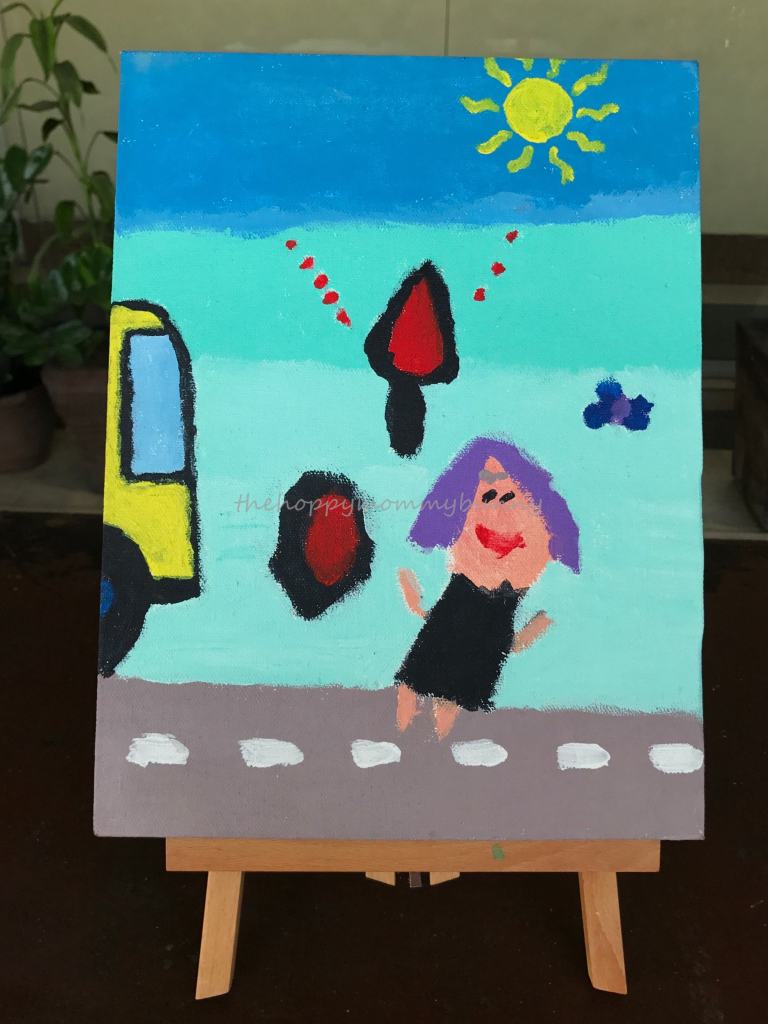 Her first painting which she calls, “Person Crossing the Street”

END_OF_DOCUMENT_TOKEN_TO_BE_REPLACED

For her 7th birthday, Yui wanted a party so she can celebrate with her friends. At first she wanted a Minecraft themed party, then changed her mind and wanted Descendants instead. I was already searching the net for ideas when she asked if she can change it again. I told her that as long as we haven’t started the actual preparations, she still can. Her third, and thankfully the last, theme is Tangled – the Rapunzel movie. I got excited as well since I LOVED that movie too! I immediately told my friends Rog, Wendy and Ivy so we can start the preps. We spent two months for the planning, Divi shopping, and DIY-ing the decorations and other items for the party. Complete with a detailed workplan, help from other friends and our hyper-mode excitement, we were able to pull our DIY event styling.

Here are the things that we DIY’ed for the little girl’s party. (Apologies for the long post, I just wanted to chronicle our labor of love ❤ hehe!) 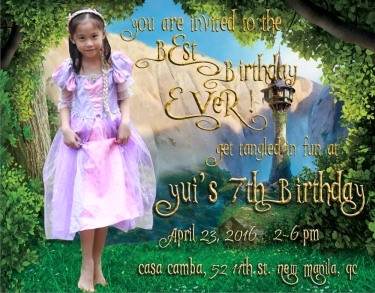 Pulled out my Photoshop skills to create her invite. Since we’re digital, go green and all, this wasn’t printed anymore but was just posted in the FB event 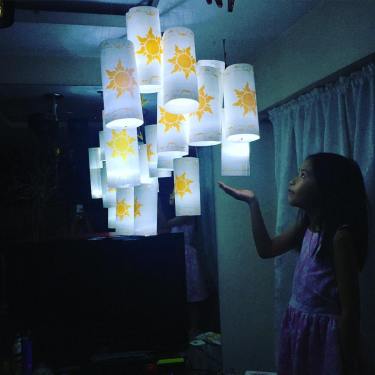 Created 40 of these lanterns in 3 weeks

END_OF_DOCUMENT_TOKEN_TO_BE_REPLACED

This might not be as funny as experiencing it first hand but I just had to chronicle for future reference. I still can’t stop laughing at Yui’s sense of humor. She really got me in her knock knock joke earlier so please bear with me as I share..

Scene: Yui and I doing some artwork on the floor when I saw the glitter glue 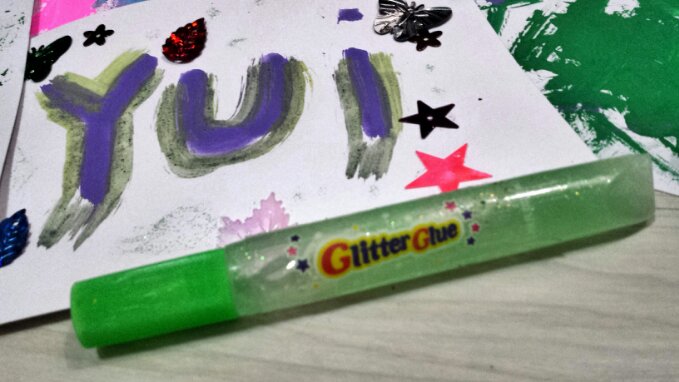 END_OF_DOCUMENT_TOKEN_TO_BE_REPLACED

When Yui was around 2 1/2 years old, our adventure with potty training began. As I mentioned in a previous post, it was a pretty easy transition for us when we knew that she was ready for it. As we go along the journey, she really improved from learning how to say when she wants to go to being able to go on long travels without a nappy.

It was around March last year when she started going on long trips to Lingayen, Pangasinan (almost a 5 hour ride) without a nappy. Apart from her own development, the family also learned from the whole experience. We learned to adjust to her (bladder) needs, and anticipated the times when she needed to go. We can’t leave the house without going to the restroom first so that she can empty her bladder before a trip. We also had to have stop overs since kids have smaller capacity especially when they have drinks during the trip. All these efforts were rewarded with successful travels and happy baby and parents 🙂

END_OF_DOCUMENT_TOKEN_TO_BE_REPLACED

This week, Ailsa have yet another fun and colorful travel theme, exploring the wonderful world of costumes! Having a little school girl meant Christmas programs and Moving Up presentations that showcase not only the children’s talents but also some wonderful play on costumes which will take us back into our childhood. Here are a few of Baby Bunny’s costumes from previous school programs: 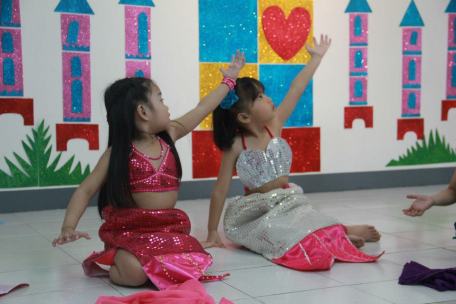 END_OF_DOCUMENT_TOKEN_TO_BE_REPLACED

This week’s photo challenge is all about CHANGE. Since last year we were already contemplating on whether to continue Yui in the Home Room playgroup or move her to the “big school”. It was one of those decisions that meant a huge adjustment is coming.

This summer, we already went to the big school and the little one submitted her application for pre-school, took the entrance exams and had a glimpse of her future school.

It is huge and so much bigger than the Home Room center. It will have more students than the playgroup. It will have stricter rules and school regulations.

Definitely, a big change is coming our way. But this is something that we will all embrace with open arms. Our whole family is hand in hand with the adjustments that this change will bring.

And this application for enrollment is just the first step of our little big girl. 🙂 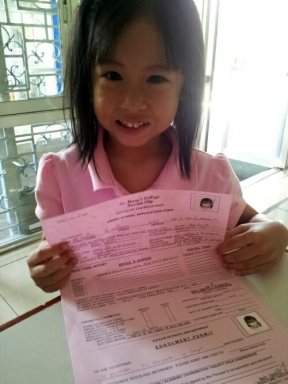 One small step. One giant leap.

Yui may still be too young to count money but we think it’s never too late to teach her the value of it. Ever since she was little we made it a point not to spoil her with toys and other unnecessary things. Lately we would occasionally window shop at a local toy store and every time Yui points at a toy I would say that it’s too expensive. She would move on and content herself in looking at the other toys then watch video clips of these toys in Youtube when we get home. Thankfully, she doesn’t throw tantrums when she don’t get what she wants. We just explain that these are too expensive and that we don’t have budget to buy.

I was pleasantly surprised then that she took this learning in other things and not just with toys.

Since the start of the year, she would tell us that she wanted to have a birthday party at Burger King (because she loves the playground at the BK near our house). One time we talked to her and told her that we couldn’t afford a BK party. She would have to pick a cheaper place to celebrate. The next day, she told us that she wants to have her birthday at McDonald’s. When we asked why, she said because Burger King is too expensive. Haha! Fast learner 😛

I recently bought her a new rash guard for our upcoming beach outings. I wanted a long-sleeved one and she wanted Dora. Good thing there was something that fits both our requirements. However, it is somewhat costly, same as an adult’s swimwear. She knew it was “expensive” so she was thrilled to have it and said she would take care of it.

Sometimes we would make homemade jelly made from gelatin mix we buy from the grocery. One night Yui was looking at the ice tray which we use to mold the gelatin and she said, “Mommy, when we have enough money can we buy gelatin so we can make jellies?” That’s really when I thought that this girl is now used to not having everything she wants.

I hope we’re on the right track… 🙂

Last weekend, the Home Room kids had an educational trip at the MMDA Children’s Road Safety Park in Quirino Ave., Manila in line with their “Things That Go” topic. It was aimed to teach the kids about the signs they see on the road and basic road safety. I tried to google about the park prior to the field trip but all I saw were news releases about the opening of this park. I also tried to find it in google maps but it didn’t register. All I got was that it is in front of Manila Zoo and the address is Quirino Ave. cor Adriatico Street in Manila.

We came from Roxas Blvd. since the kids went on a Manila Bay cruise first before the MMDA park. So armed with the address and the knowledge that it is in front of Manila Zoo, we drove on. When we crossed Quirino Ave. and Adriatico, we saw the park. Since there was no entrance for parking along Quirino Ave. we circled around once and then when we reached the front of the Manila Zoo entrance we realized that there really is no parking area for the MMDA Children’s Park. So we parked at the Manila Zoo parking area then crossed Adriatico Street to go in the MMDA Children’s Road Safety Park.

END_OF_DOCUMENT_TOKEN_TO_BE_REPLACED 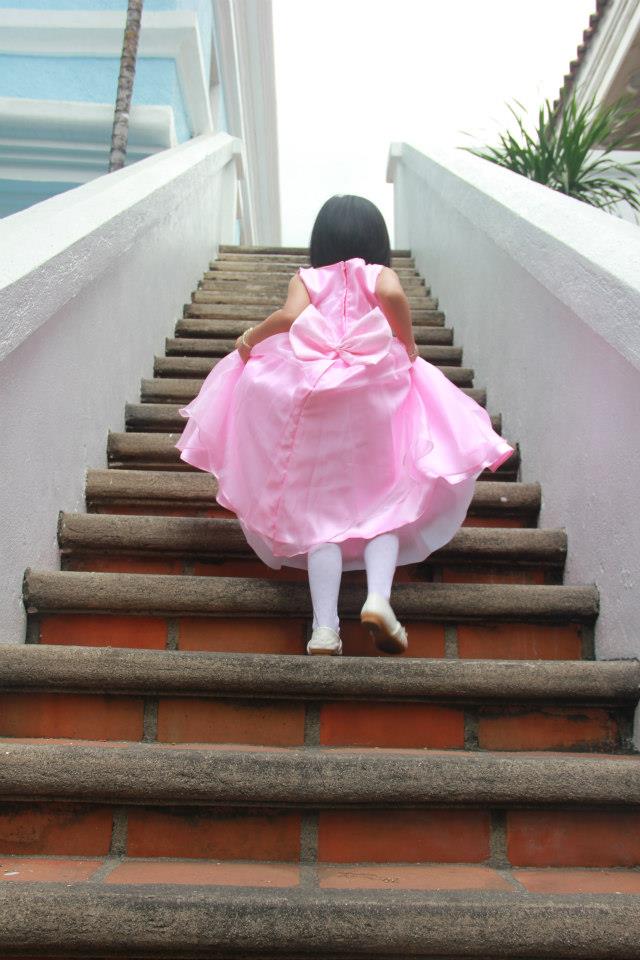 This week’s photo challenge is all about sharing something that says FORWARD to you. We encounter a lot of peaks and uncertainties in our lives. It may come out as a nice surprise in the end or a huge disappointment. Either way, we will never know unless we try, right?

Just like this photo of Yui when she was one of the flower girls at our friends’ wedding. We came upon this very nice looking staircase so she immediately started climbing. Halfway through, the guard reprimanded us and told us that we can’t climb up those stairs. For a split second, Yui was disappointed but she turned the other way then looked for a new place to explore.

That’s how it’s supposed to be, right? When an experience brings us disappointment, no matter how promising it seemed to be, we should just turn around, move on and look forward to a better tomorrow. 🙂